Evidence That Makes it Evident: Improving Assessment by Emulating the Trades

By: Elliot Washor and Charles Mojkowski. The expanded vision of the graduate has widened the gap between the competencies educators want for all graduates, and the evidence of competence educators are actually collecting. Here's one way we can begin to change that. 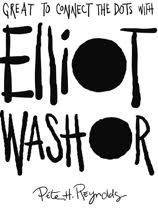